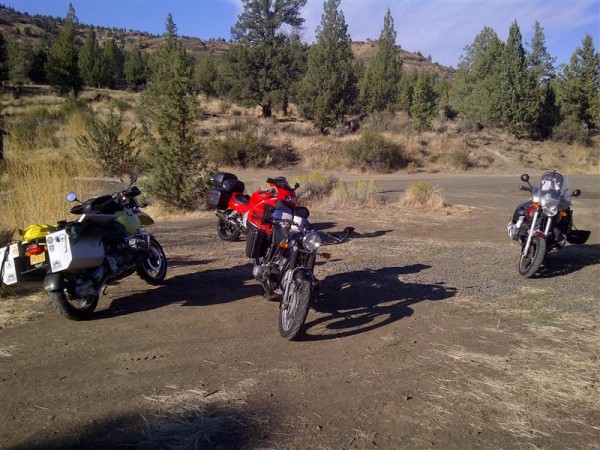 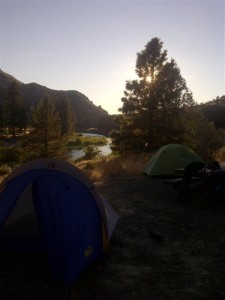 My latest motorcycle adventure was an early fall trip to the Ochoco Mountains with Paul, Scott and Keith. We were originally planning to take a repeat trip as last year to Paulina Lake but decided the weather looked better a bit further east. This is also the regular, all summer long, every weekend possible, and preferred spot for Paul, Scott and Keith.

This date had been on the calendar most of the summer and we were all committed. Good thing it was as it was the only camping I did this year. This is practically a sin living in the Willamette Valley and my wife is finally considering riding two up to make sure she doesn’t miss the only camping trip of the year again next year.

We had a pretty wet week prior to the trip but sure enough the forecast held up for the most part and we were treated to low 70’s once over the pass. Of course it got colder than shit overnight being so clear. When I woke up in the morning I could see my breath in the tent. But I was nice and toasty thanks to Matt’s 20F rated bag and tent (thanks for the loaners!)

I also hate to admit I haven’t really been east of Redmond before. I was expecting the same kind of landscape as in Sisters and Bend but once you’re out in this country the subtle colors become so vivid. 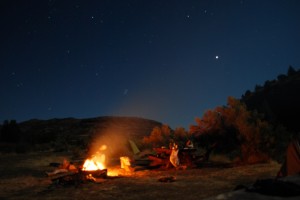 Final admission is that I didn’t take the 750SS this time, but once again enjoyed taking Paul’s VFR 750 for this trip. The Duc is plenty capable of making the trip, but I also know that Paul’s VFR is always at the ready to make a week long camping trip and decided to enjoy the speed and practicality of his mount. He took his R75/5 which he rides nearly as quickly as the VFR. Very cool ride.

I took some bad Blackberry pictures and I’ve also added some from the other guys. I hope you enjoy and if you need an affordable but stunning vacation, go east!