It’s a discussion Shana and I frequently have, what kind of car comes next. For me, it’s usually the argument for a true and modern sports car. For Shana, a European luxury car loaded with amenities and buttons to push. And then the silent argument from Sam the dog, who couldn’t (and wouldn’t) be allowed to ride in either car.

Enter the Audi S6, and specifically the S6 Avant. We’ve contemplated the older 2000-2003 Audi S6 Avant previously as it seemingly satisfies all the above arguments:

The Audi ‘S’ cars always have represented good value, but their price point has not made them a selling sensation, although I’ve always felt lucky we were offered these models at all here in the U.S. But having sold in very limited numbers, the S6 Avant still holds a hefty ($10-15k) premium over the standard 2.8 A6 Avant in the used market today. And while I believe that it’s worth it, it’s still expensive. 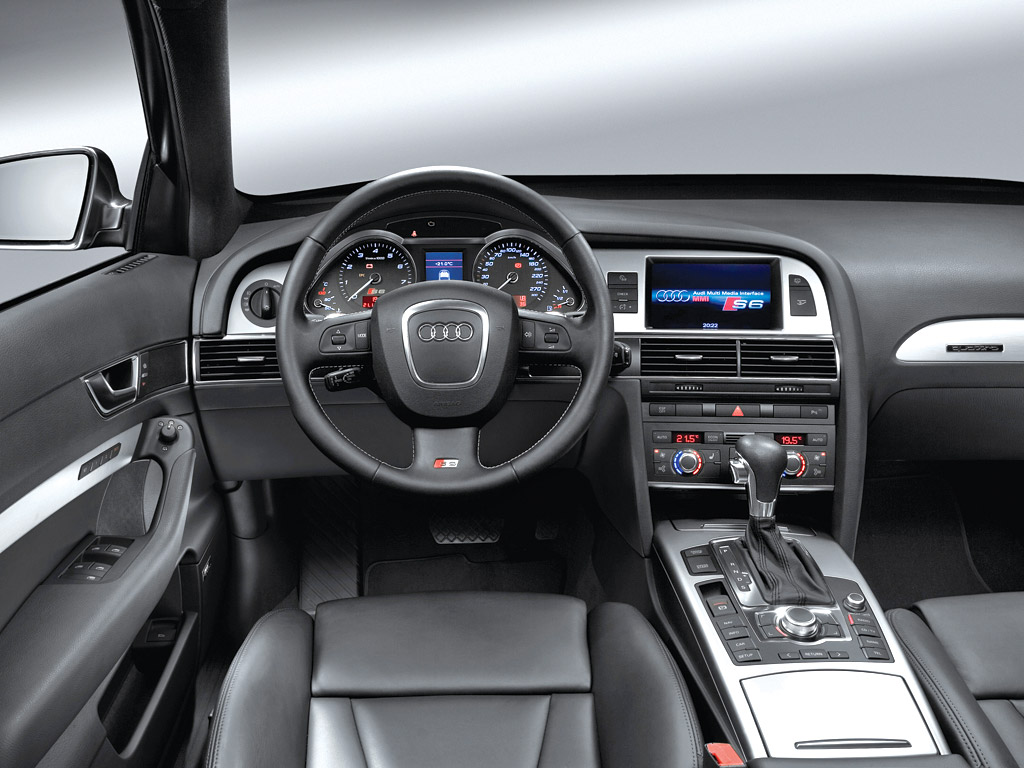 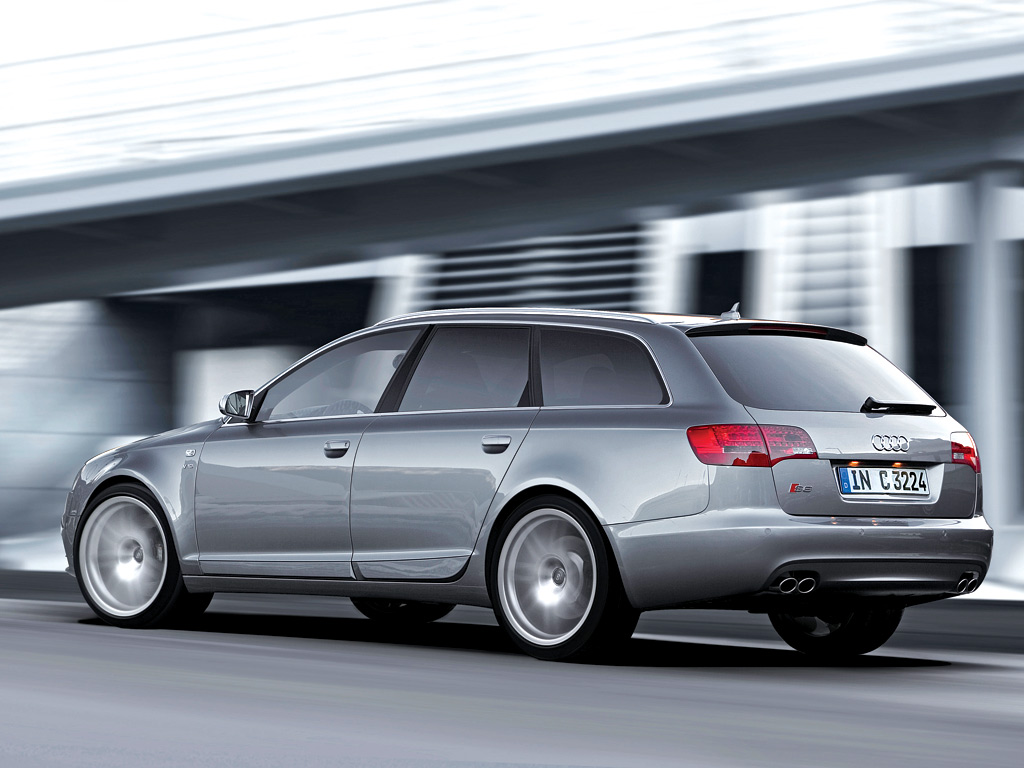 The all new 2007 S6 brings all of the previous desirable elements back to the equation, but with a rather large multiplier to up the ante:

Well, I could go on and on, but you can get all the details on the S6 at Fourtitude.

I wonder if a second mortgage is out of the question…

UPDATE: Looks like we’re only getting the sedan in the US for the 2007 model year. Bummer! Here’s a link to a July 06 Road and Track article on the S6 bearing the bad news.

UPDATE 2: Sounds like dealers are advising customers that if they’d like an S6 Avant, they should choose European delivery (see comments below). I’d love to hear from anyone who can verify this with an order — because frankly, I never trust dealers.

I agree! An S-wagon has the perfect mix of performance and function for the enthusiast that still wants to use their sports car for road trips and sports! Now if only I could find a roof rack that is rated to 120 MPH 🙂

Currently drive an Audi A8 and want to have the added utility of the Avant and the (WOW!!!) performance of the V10. My local dealer (and the Audi USA web site) say only the S6 saloon will be available in the US. Will the S6 Avant be available in the US or must we go to Germany to acquire oner?

It looks like your right. In July, Road and Track reported that we’re only getting the sedan. Which is ashame! If you have any luck importing an s6 avant to the states, let me know, I’d love to check it out up close and hear how you did it 😉

I have an 2003 S6 Avant and love it, so I was disappointed to here they were not going to import the Avant. Last week I was at an Audi Dealer in Seaside, Ca and the manager said you can order a S6 Avant and pick it up at the factory in Germany and they will ship it to San Diego. FYI

The S6 Avant must be US Spec then as the importation would be a nightmare without. Interesting. Thanks for noting that, I’ll update the blog post.

has anybody confirmed that the S6Avant can in fact meet US specs?