When the PS2 debuted back in 2000, I happily bought one on day 2 of it’s release for $300. I was just finishing college, and was still playing video games on the Nintendo 64 — Mario64 and Goldeneye especially.

My PS2 has been a trooper, with most of it’s action coming from Gran Turismo and playing DVDs. It’s been sent back to Sony once for the infamous PS2 DRE error and recently crapped out again on me. But that wasn’t a big deal because around the first of the year, I was still thinking the Playstation 3 was going to be released at any time. But come February, I started following the news more closely. Thanks to integration of Blue-Ray and allowing Hollywood to control the specs of the format, the release of the PS3 has been pushed back to November.

[begin rant]
Last week at E3, it was revealed that the upcoming price for the PS3 will start at $500. And the more desirable model with HDMI output for HDTV from Blue-Ray (yep, no HDMI, no HDTV from HD DVD’s or Blue-Ray) will run you $600.

I just read the History of Console Prices over at Curmudgeon Gamer, and his point is well made — that the PS3, when compared to console prices before it, adjusted for inflation, the PS3 is in fact not that bad of a deal.

But I beg to differ. Considering the preferred HDMI-equipped console is a must if you have an HDTV compatible screen, and that a game will now likely cost $80 or more, you’re facing a real budget of nearly $700 to get rolling with a PS3.

My opinion is extremely biased because most of my PS3 use would be for the upcoming HD version of Gran Turismo, “the Real Driving Simulator”. But based on that, consider that a BMW Club membership is $35, and their track days are $125 a pop… Well shit, that’s 5 tracks days! Screw the simulator, I’m leaving the confines of the house for a real driving experience!

And since I’ve only completed like 30% of Gran Turismo 4, I’m satisfying my GT fix with a new, small form factor PS2, which was just got it’s price dropped to $129. 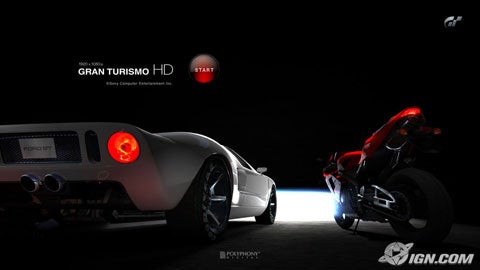 Update: Looks like the PS3 games may in fact go for $80 or more.

You fail to realize that even though Curmudgeon Gamer makes a valid point explaining the inflation, the technology does not inflate. If the Neo Geo was released today, it’d cost maybe 15 dollars. Why? Because the technology used in said console is now cheap.

Not only that, but you do realize that all of those consoles that were priced at $400 dollars or higher ended up failing. The Saturn failed, Neo Geo, CD-I, etc. They all failed.

The PlayStation3 is a very risky platform to develop for. First off, there’s the fact that a lot of people will probably end up buying it as a cheaper alternative to a true blu-ray player. A lot of those people probably won’t even use it for video games. They could sell a million consoles on launch day, and it’d be hard to tell how many of those million actually plan on using it for video games.
Not only that, but it’s an extremely hard platform to develop for. And it doesn’t come cheap. The chance that developers will take a risk and try something new is low. I’d opt to develop for either The Wii, which is expected to sell well, or the Xbox360 that already has an established place in the next-gen market. It just doesn’t make sense to hope that the PS3 won’t fail.

Blu-ray is compareable to Sony’s UMD format. The majority of people won’t bother with the movies for said format. The majority of people don’t have an HDTV, less than 10% of people have an HDTV, if I remember. And even LESS actually have one with an HDMI port. Having a next-gen, hi-def movie player is stupid. No one is going to see the advantage, or the purpose of it. And the people who do buy these formats will slowly come to realize that they’re not worth it either. They’re filled to the brim with DRM, and the latest HDDVD players take about 30 seconds to boot up. Yes, boot up. A movie player should not have to boot-up. I expect blu-ray players to follow the same trend.

This is why I believe that The Wii will be in the lead for this console war. They’re using a tried and true format. They’re sticking with DVD’s. And they’re not pushing a multitude of features down your throat that do nothing but bloat the cost of the console.

Who actually plans on using every feature of the PS3? Sure, the Linux with the dev kit is attractive for homebrew. But for 600 dollars? I understand what they mean when they say that the PS3 is actually a bargain at 600 dollars, but what they don’t understand is that the majority of consumers are going to buy a PS3 as a VIDEO GAME CONSOLE. Not as a full-blown media center. And as ONLY a video game console, 600 dollars is just not worth it.

The Xbox360 has as many games in the most popular game genres as the PS3 will. Sure, the PS3 might have more RPG’s in the long run, but Square is releasing a few RPG’s for the 360. And I’m sure other developers are soon to follow suit. For every game that will be available for the PS3, there will be a game in the same genre for the 360.

Thanks for your comment, though I think you draw the same conclusion I do: For most people, $600 is rediculous for video game console. I encourage you to post your comment on the Curmudgeon Gamer website as it may get better understanding there.