After a great evening in the ‘Couv with Ed and Jessica, we headed out to the historics bright and early. The morning weather was beautiful with plenty of sunshine and a cool breeze.

The Portland Historics feature some great historic racing, and the local clubs also show up in force and have the infield for themselves with individual display areas. These kinds of corrals are always packed with cars for sale and I was eager to do some fantasy shopping as I’m strongly considering selling the M3 soon.

Unfortunately, the club corrals weren’t as full as I expected, probably better attended on Saturday than Sunday. But here are some cars we saw for sale:

The blue one is accepting offers over $55k, and the red one is listed at $46k. Not really of interest to me (though they were both really well turned out!), but there were so few cars for sale, I figured I’d post what was there. 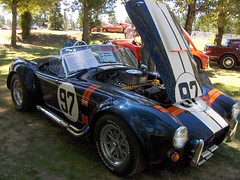 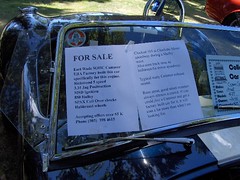 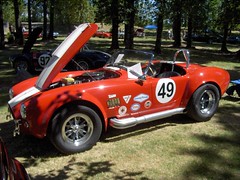 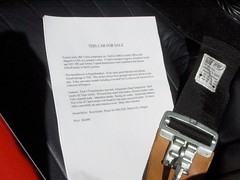 1988 BMW M6 – No price listed, but the car was in great shape. And the dark blue metallic really showed well, as did the BBS alloys. 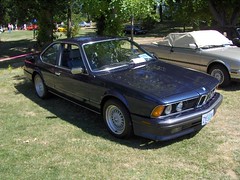 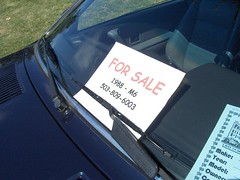 1996 993 Cabriolet – $37500 obo. I’m not a fan of 911 cabrio’s of any flavor, and I’ve always been of the mind that the cabrio’s are typically the cheapest of 911 range for a given year (in the used market) as most enthusiasts want the classic coupe styling and rigidity — and 993 coupes hover in this range. Just food for thought. 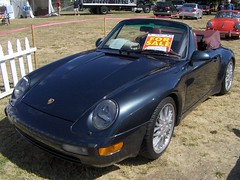 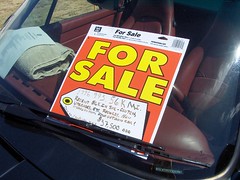 1960 Porsche Drauz Roadster – RARE! Only 1200 356D (D stands for Drauz, the coachbuilder) were built worldwide, and of all the 356 drop tops, it is considered highly desirable due to the lack of examples. This one, which was in ‘original’ condition showed plenty of use and blemishes, not to mention it’s currently running a super 90 motor. And despite all those issues was still showing $63.5k asking price. This 2001 report from Sport Car Market on the 1960 Porsche 356 uses a perfect 356D example for the article, which went for $60k then. Have the values increased so much in 5 years that this well used one can ask that much?? 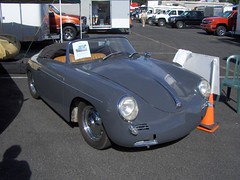 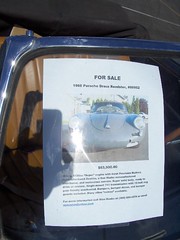 1974 Porsche 914 2.0 – If the last car had your eyes watering, check out the easy to approach price of this classic: $4500! Now I don’t want to mislead anyone here, but that’s a pretty good deal for a 2.0, which are becoming harder and harder to find. The condition of the car was well used, but certainly not that bad. The pictures speak for themselves; this is a great project pickup for someone.

UPDATE: I found an ad for the 914 with more pictures and complete detail on 914club.com 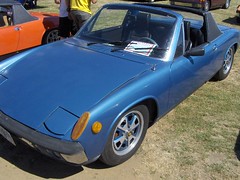 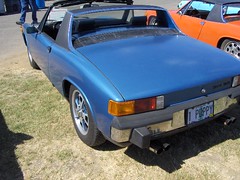 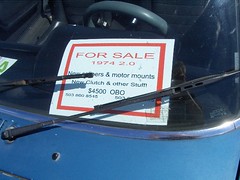 Thanks again to Ed and Jessica for the great accomodations and the loaner camera!