As of right now, it’s my birthday next week and I think my first wish will be to attend the autocross this weekend with EESCC. If you search my site, you’ll know that I’m a big fan of this Eugene based organization as they run a professional event with a lot of friendly community feel. See below for some video of me in the S2000 when I first got the car. I haven’t been in a few years and I’m really looking forward to it. Plus I’ll be joining my buddy Gary from OSU who brings out his Cadillac Seville. I’ve included a video of his as well below.

Here is a video of my buddy Gabe when we were actively running S2000blog.com:

And here is a run I did myself after just a couple weeks of owning the S2000:

And here’s Gary in his latest run this year:

Well this hasn’t happened to me before. I think all the cars I’ve offered for sale in the last 10-15 years have all sold in less than 2 weeks. After a full detail from Carlos at Sports Car Shop in Eugene I was confident that my 55k mile AP1 would have lots of attention, especially with the VIN-matched factory hardtop being available as well. Amazingly the only contacts I’ve had are standard issue Craigslist spam farm emails. See to the right for my ad, which I think is priced below book and accurately represented.

And here is my competition: 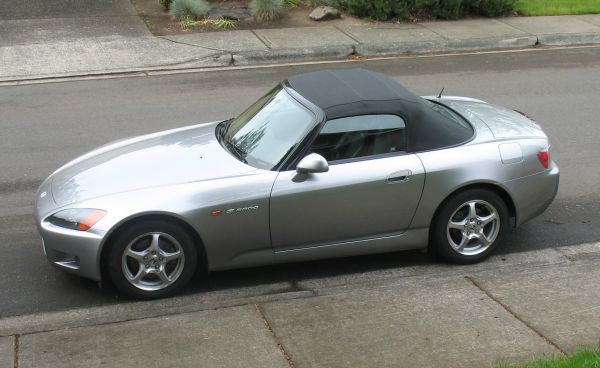 This is a 2001 Honda S2000. It has been adult owned and garaged it’s entire life(sunny day car). It currently shows 31,830 on the odometer though the weather is getting nice so it may get a few more miles on it before the car sells. I hold a clean title in my hand. This car has never been wrecked and the original soft top is still in excellent condition. The interior is also excellent, it looks pretty darn close to brand new. The drivers side seat foam is still perfect which is very hard to find on S2000’s. The exterior has some minor rock chips etc as you’d expect with a used car but still shines and looks VERY good. No dents or door dings. The car will come with all the manuals, aftermarket car cover, both keys w/remotes, convertible boot cover, and front license bracket and plate(not currently on the car). The car is all stock minus the following:

2)USA-Spec ipod adaptor. This allows you to plug your ipod in to the OEM stereo and control your playlists via the CD shuttle controls. This is one of the few adaptors that allows full control of your ipod through the OEM stereo. It’s plug and play, so no holes were drilled nor any wires cut. You can simply unplug it and throw it away if you don’t like it.

4)K&N air filter. The OEM filter was dirty and I wanted the best replacement so I bought a K&N. It simply drops in the OEM airbox.

5)Updated banjo bolts. Honda changed the bango bolts mid ’02 for better oil flow. This was a recall everywhere else in the world but in the USA. Better safe than sorry so I replaced them.

6)rear suspension tweek. The ’00-01 cars were known for their snap oversteer. Part of this is because they had the stiffest rear sway bar of any other year and part was the suspension geometry. I have corrected the suspenion geometry and replaced the rear sway bar with a ’02-03 model. This is the next stiffest sway bar if you look through all model years. This helps take the ‘edge’ off without changing the feel of the car much. The original sway bar is included.

I’m asking $13900. Cash talks and BS walks. Please don’t contact me if you don’t have he funds available and no test drives without funds either. I can email more pictures on request and I can show the car most evenings. Low ballers will be ignored. I’ve watched the market for two years and I know what these cars sell for and what they are worth. With 31k miles this Honda is barely broke in… 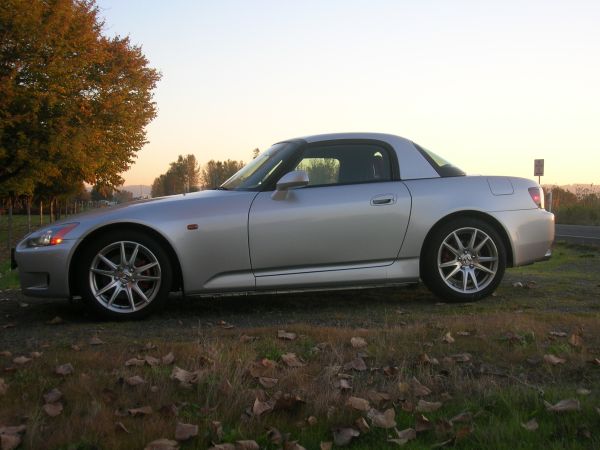 2002 S2000. Only 53k miles. Well maintained. Needs nothing.
Sebring silver with RARE red interior/black accents.
Soft top is in excellent condition.
2002 models are by many considered the most desirable. First year with a GLASS rear window in the soft top, suspension updates, cosmetic updates…and it was before the second generation changes, which in my opinion took away a bit of the character of the car. They kind of toned things down a bit too much for my taste.
Anyhow, it includes a lot of great extras that really enhance the appearance and driveability of the car, such as…..

So for the time being I think I’m going to pull the car off the market and enjoy it. Almost as soon as I had the car listed the spring weather turned to awesome and we’ve really enjoyed having a convertible for three weekends straight. There’s also an autocross coming up that I’d like to do with my buddy Gary who campaigns his Cadillac!

In the meantime I’m going to assess how much I’d like to keep the car versus shopping for another bike with the equity I have in the car. I miss the hunt and because aside from when the weather is nice, the car really doesn’t get driven much now that I work full time from home. 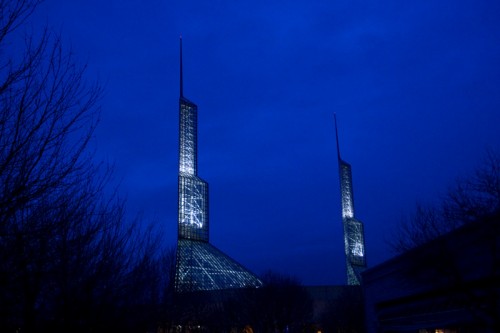 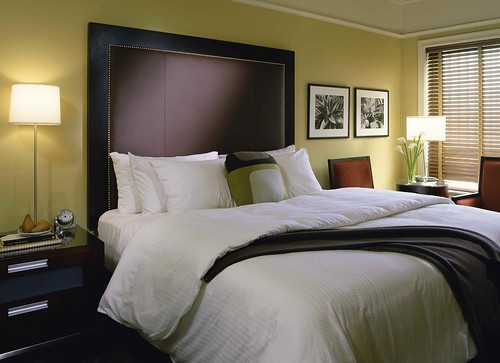 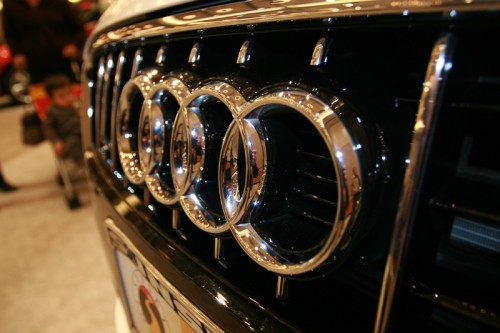 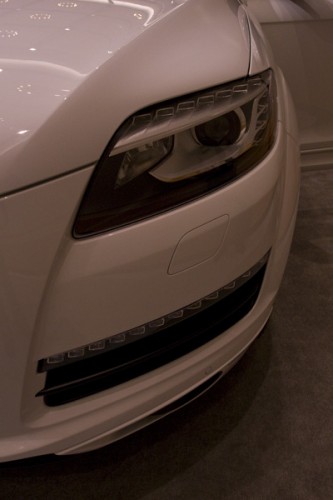 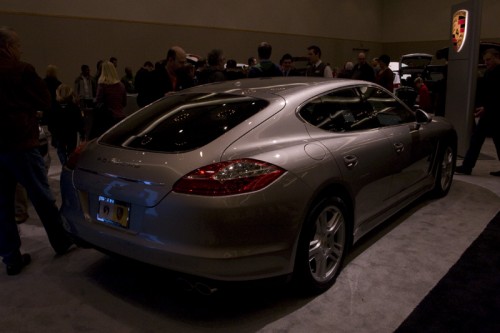 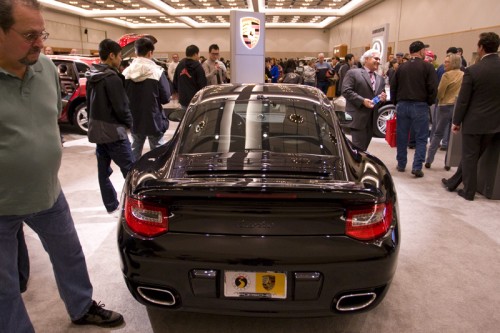 Back from another great track day with the Cascade Sports Car Club. This club is always well organized with good instructors. Turned out to be a nice late summer day with the temps touching the low 90’s, which provided fantastic grip!

I’m really feeling very comfortable in the S2000 and despite all the internet folklore of the AP1 being tail-happy, I’m pleased to report that this is another rumor we can put to bed. Sure if you lift off and yank the controls in the middle of a turn 9 at 100mph, you kind of deserve what you get. But I had two gotcha moments and both were easily caught with smooth controls. This isn’t to say I’m a genius driver, but rather, it’s a really well balanced car and very forgiving with gentle hands.

Here are some pics from the pits that my buddy Gabe took:

I hear he has video too, so I’m hoping to get my hands on that and will post if I can.

Sadly this was probably my last track day of the season, but one of the most memorable days out in recent memory for sure. Big shout out to Gabe who convinced me to attend at a late date!

As previously mentioned, I’ve started a new blog on Honda S2000 ownership. It’s such a wonderful car and it’s easy to find things to write about. Plus, a new author is now helping out with his experiences. Turns out Gabe bought a Silverstone S2000 about the same time I did! He brings a lot of autocross experience to the blog and has a lot of tuning information to share. Our goal is to document our experiences as new owners that might serve as a casual Honda S2000 buyer’s guide.

Here are a couple of links I think you’ll enjoy:

My First Autocross with the S2000 and Video:

I hope you’ll consider stopping by. Let me know if there is anything specifically I could add to make the site or content better. Thanks!